I woke up Thursday excited about my coming day (as usual, I mean I was in London, how could I not be?). I was a little exhausted from the day before. It was the busiest day thus far in our trip and it definitely took a toll. It was a great day, I loved getting to visit Google, Zenith, and seeing Dream Girls, but I just wish I had a few more hours of sleep. In order to combat my exhaustion, along with some of my new #GMCSfriends, I decided to go to a restaurant near our hotel to pick up a quick breakfast and coffee. Throughout the whole trip, other people raved about this place’s porridge, so I decided to order it with a flat white on the side (I needed my caffeine). The porridge took a while to make, so we had to hustle to make it to lecture on time. (The porridge was incredible by the way!).

After power walking from the restaurant to LSE, we had a wonderful lecture by Wendy Willems. She spoke about the intersection between media and activism and how social media has been used to promote social progress and movements, but also how it can be used for the opposite as well. The most compelling part of her lecture for me was her talk about the global north vs the global south and resistance readers who reject western ideologies in media. In particular, I liked how traditional western genre movies could be interpreted in different ways by cultures not part of the “western world.” One example was how in the western genre, people from non-western cultures would root for the natives and not the white-protagonists during fight scenes.

After the lecture with Wendy Willems, Thomas Hoegh gave a wonderful talk about his experiences and provided us with advice about careers in entertainment. As an entrepreneur, he recommended that we take risks when finding opportunities and to be innovative as well. 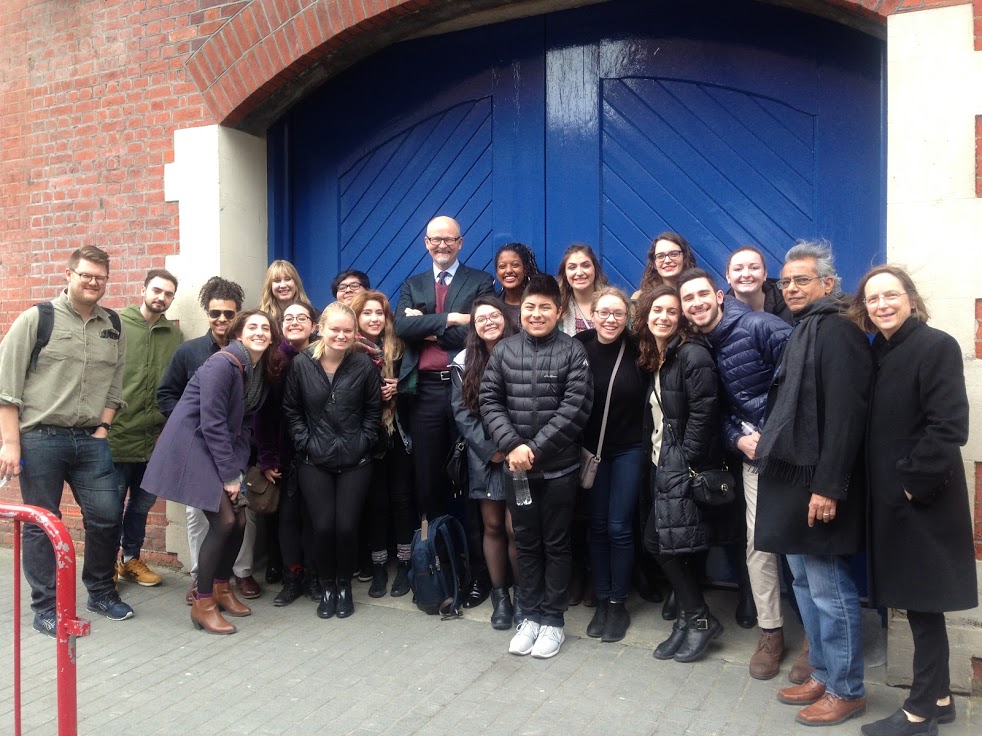 After the speaker series, we walked to Masala Zone where we would have our last lunch in London. It was an incredibly nice place, extremely picturesque, and had a relaxed ambiance. We had a lovely array of traditional Indian food that we shared around the table. My favorite part of the meal was the Naan bread. It was so nice and warm, and the sauce it came with was a great complement. After lunch, we talked about how our week went, and our thoughts on the trip overall.

After our meal, a group of us decided to do some #shopping at Primark before having afternoon tea (something I NEEDED to do before leaving London). After an hour of shopping, I realized that everyone had left to go to afternoon tea. My phone had died, so I did not receive any of the messages. I ran up to the Primark café (honestly, all stores should have cafes) to charge my phone. To my luck, a fellow #GMCSfriend also lost track of time. We congregated at the café, charged our phones, and left to get our afternoon tea.

After a bit of confusion about where the place was, we finally arrived and were reunited with the rest of our group. Although I had a large lunch less than two hours before, I needed to experience afternoon tea in its entirety, so I went all out and got the whole ensemble. I do not regret doing so. I got an assortment of savory finger sandwiches alongside sweet and delicious pastries, and of course, scones with jam and clotted cream. It was all I could ask for, and although it was a struggle to finish it all, it was well worth it.

Once we finished up afternoon tea, we walked back to the hotel. Others planned to do more things at night, but I was pretty tired, so I decided to have just relax. It was said knowing that I would be leaving London tomorrow, but I was happy that I got the opportunity to spend my spring break in this fantastic city. However, the best part was that I made so many new friends on the trip and have so many memorable moments from it. Let’s hope this isn’t the last time I’m in London.