I woke up on Monday morning, feeling a unique combination of jetlag and excitement for our first day of lectures and site visits. I grabbed a latte and headed to the London School of Economics for our first lecture. As soon as I entered the classroom, I took out my notepad and favorite pen and realized how much I would miss taking Northwestern classes. I recently finished my college career and I couldn’t think of a better way to celebrate than to spend a week in London learning about what captures my attention the most – global media. When everyone was settled in their seats, the man at the front of the classroom introduced himself as Nick Couldry and told us that we would be discussing the new normative turn in media and communications research. Suddenly, almost two hours went by and I had three pages of notes. Nick gave an incredibly captivating lecture that was so relevant to us as constantly busy and connected Northwestern students. One of the parts that was particularly fascinating was Nick’s focus on the burden of communication. He posed a question to us that I still think about as I sit at my laptop writing this, with the television on in front of me and my iPhone at my side, buzzing every so often with a notification: “Is technology offering us the lives that we want to lead?”. It’s obvious that technology permeates nearly every aspect of our lives, sometimes “burdening” us with having to be constantly connected. While this may seem like a positive to many people, there are undoubtedly times in which I feel the need to “unplug” and relax. After Nick’s lecture, Northwestern alumnus David Sabel talked with us about his role with the National Theatre, National Theatre Live, and his most recent work with the new Bridge Theatre, coming to London in fall of this year. David explained how he went from Northwestern to where he is now, and the varied jobs that he has held. He explained how his career path often followed his passions and the lack of fear for “shaking things up”. David truly inspired me to approach post-graduation life with a fearless and excited attitude. 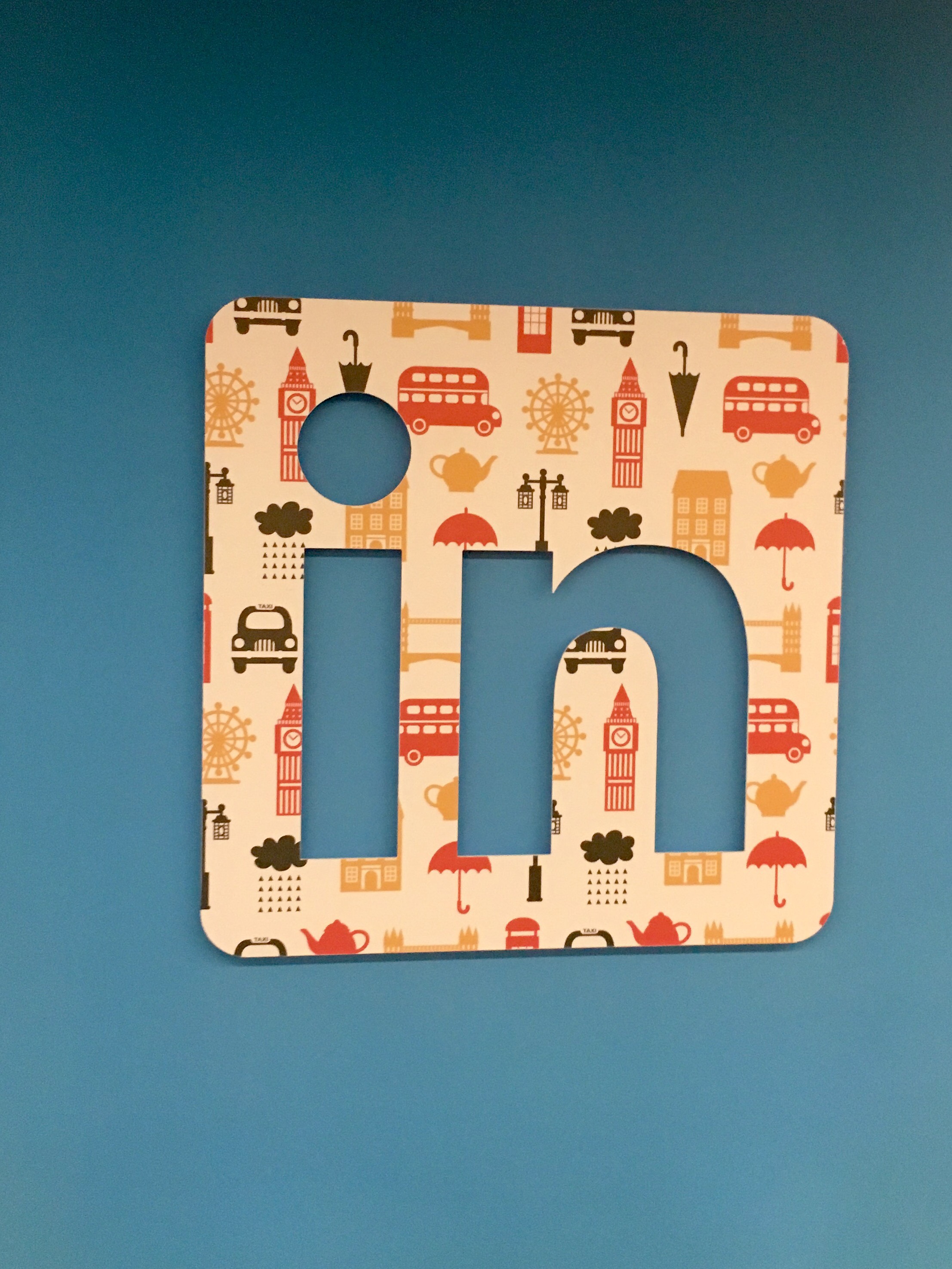 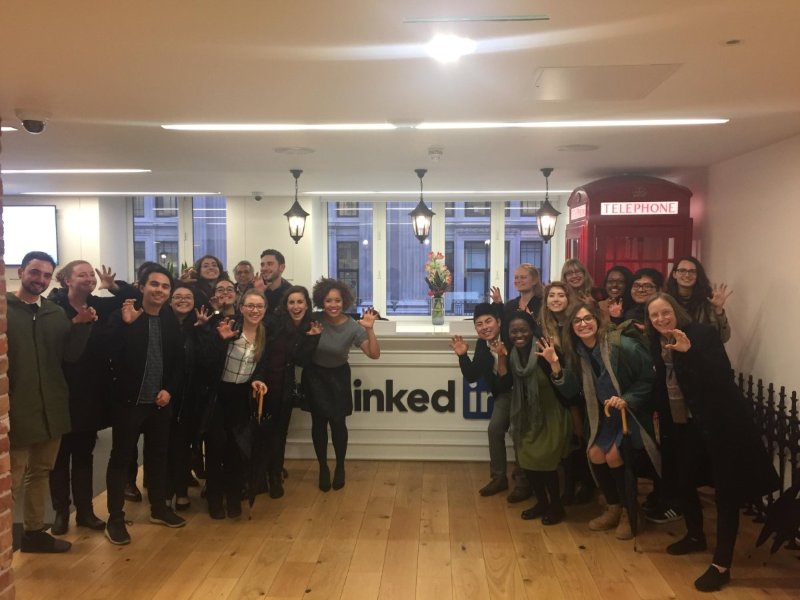 We left the London School of Economics to eat a delicious lunch at Brown’s, where I had Butternut Squash soup followed by a Chargrilled Chicken Sandwich and chips (which you may know better as french fries). We ventured out into the pouring rain where I quickly began thinking again about post-graduation jobs at the one place where you will always think about jobs – LinkedIn. At LinkedIn, we were warmly greeted by another Northwestern alumna, Latia YoungFountain. She gave us an in-depth overview of LinkedIn and answered all of our questions openly and honestly. The most productive part of the site visit (besides the free snacks and coffee, of course!) was a panel of current LinkedIn employees from very diverse backgrounds. Their advice was extremely helpful in moving forward after Northwestern and they gave wonderful insight on the ups and downs of working abroad. I left LinkedIn feeling much calmer and excited about my future. 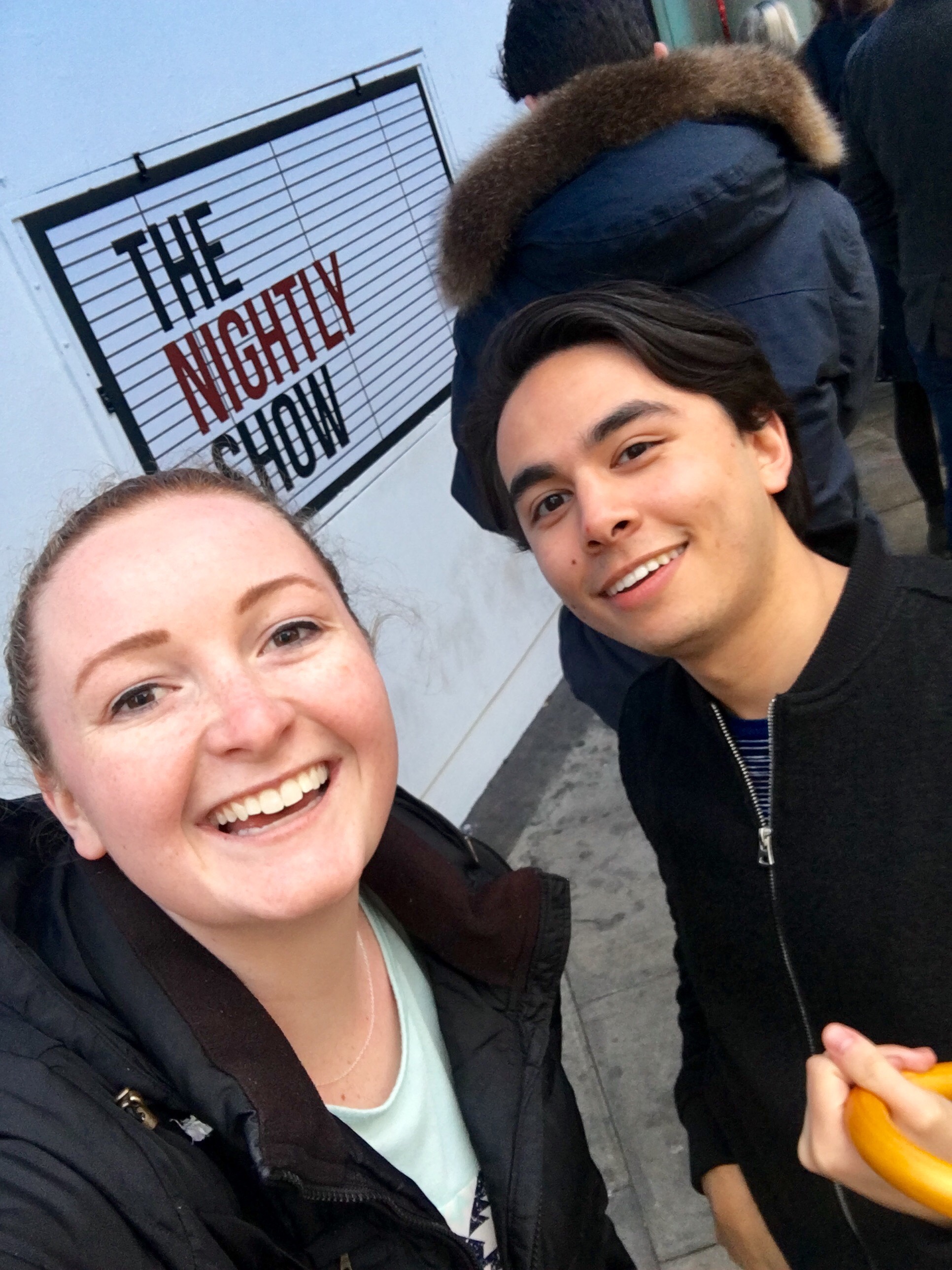 However, the calmness was short-lived as Sam, another GMCS participant, and myself rushed over to get in line for The Nightly Show, a late night talk show in London. We got in and took our seats, ready for some laughs. The show was hilarious and featured two wonderful guests, Catherine Tate and Ruby Wax. The best part of the show by far was when the host, Dermot O’Leary, announced that a member of the audience would be receiving a trip to Ruby’s hometown – Evanston, Illinois! Of course, Sam and I went crazy and Ruby shouted “Go Cats!” and we enthusiastically returned the favor. Shortly after, Sam and I watched the aired episode of the show, and sadly realized that our moment of fame had been cut. Regardless, it was a wonderful experience and a part of the culture in London that I would have otherwise never experienced. Exhausted from my fun-filled day, I returned to my hotel room and chatted with my roommate before collapsing in my bed, ready for my next day of adventure in London.